Christmas Shopping on a Budget

Not the first to admit that I hate shopping for Christmas presents and I'm sure I won't be the last. I don't like wrapping paper, and gift bags are the best thing ever invented. I'm 75% sure that I'm one of those moms that puts things off until a few weeks prior to Christmas before actually going to get the stuff that I should have already purchased. I am not one of those amazing women that have shopping done in June. I actually do know some people that have their shopping done by February by catching all of those awesome sales that they have it every freaking the store following New year's! 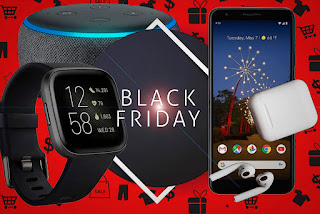 that Black Friday starts 3 weeks prior to the actual Black Friday and continues all the way through Christmas. Heaven forbid they stick to one single day. Of course that would rule out all of the other holidays that stores have sales such as, on President's day or Memorial day... Not that those two days have anything to do with shopping for presents or anything at all shopping related whatsoever. Sales promotions driving me nuts, therefore I honestly try to avoid shopping all together.
Let's get straight to the point. you want to know where to save money and I'm going to tell you where I get my best shopping on. Yes, you can get some great sales at Wal-Mart, but do you really want to deal with that? And yes, you can get some unbelievable sales online on cyber Monday, but I'm totally anti-box/shipping right now because so many people are losing jobs. So I am forced to admit that I am a value shopper to the extreme. Moms, believe it or not your little ones will not remember what you got them from the store when they were itty bitty... So you can take them with you!
My go to stores, when holiday shopping is forced upon me, starts with Ross. I absolutely love that store. First to hit up then makeup and accessories section. They have so many cool stocking stuffers in knickknacks that you can give to Mom, teen daughters, and even teachers if you really like them. Then you head straight to the back! You will find anything from pictures to hang on a wall that you know what your friend really needs, or the really cute puppy stuff bed your grandmother wants. they have so many awesome kitchen things for that brother-in-law that lives in the kitchen! And of course, there is everything you can possibly shove in a gift bag at the last minute close to the register. Most of this stuff is mid to high quality products and no one will know the difference.
You can pretty much do the same thing at places like TJ Maxx and Marshalls! The prices might be a little bit higher, but you can always find something amazing like a really cute purse for your sister or your cousin.
Now when it comes down to being Santa, don't be that Mom that thinks she has to buy everything. It is not a competition. You do not need an entirely new collection of toys. You just got rid of some of the old ones and you're still dealing with birthday ones that you regret you bought in the first place.
One of the best places besides the dollar store (this includes Family Dollar, Dollar General, Family Dollar, etc) where you really need to check for the basics like candy canes and all of the candy stuff involved... Five Below is a must. There is so much stuff in there that you can literally find something for everyone. Grandpa needs a new book, there are tons and tons and tons and tons of toys/activity sets, home decor, and trust me when I say that they are fully prepared for Christmas presents. They are stocked in the candy department as well. You might even find a fun movie to throw in on your Christmas Eve quality time or find a really cool witty t-shirt for a party you have to attend.
Target has their cheaper stuff up front when you first walk in, which is great, but there's a huge section in the back that is dedicated to stuffing those stockings. I'm never really thrilled about the prices on some of the stuff, but you can usually find something if you're in a bind. And don't forget that there is a 20% off coupon on most toys. You can scan it with your phone in any toy isle.
Last but not least, JCPenney does cram tons of stocking stuffers in the isles. There's always an

awesome amount of $3.50 t-shirts for boys that have really cool themes anywhere from Star Wars to throwback TV shows and heavy metal bands. This might work for brothers as well.
So tell me! Where do you go shopping? I always encourage my friends and family to shop local, but sometimes it just isn't in the budget. You have to shop cheap. I get it. So what is your secret?
Posted by Heidi Steinhagen at 12:57 PM No comments: 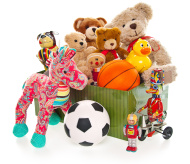 
NOW GET ORGANIZING!
Posted by Heidi Steinhagen at 5:00 AM 1 comment: